Penn Treaty Park, located on the Delaware River at Delaware Ave. and East Columbia Ave. is dedicated to the signing of a treaty between William Penn, founder of Pennsylvania, and the local natives in 1682. Penn gets a statue but the nameless natives don’t.

Tradition held the treaty was signed under a specific elm tree. Tradition meaning, sure why not? After the tree was destroyed in an 1810 storm, an obelisk was erected in its place in 1827. 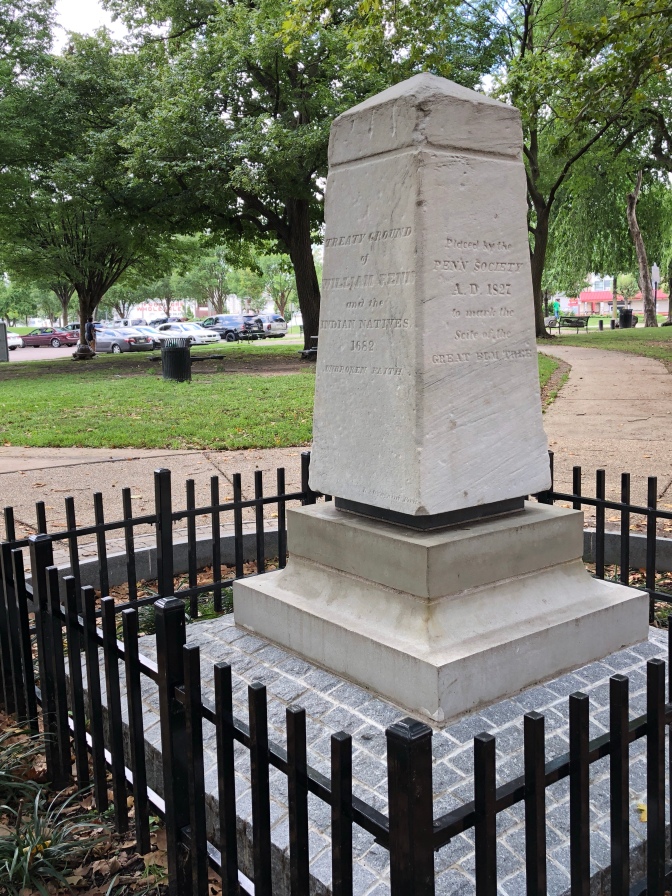 The Park has an expansive lawn.

It’s a great location for biking, walking your dog, bringing your kids, fishing, or shooting your independent film. 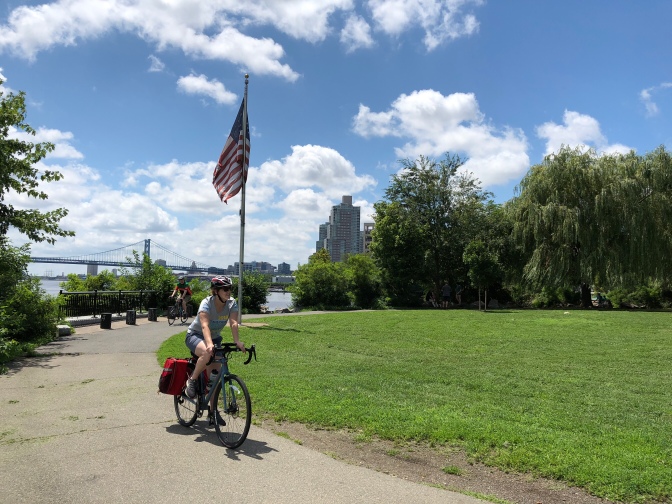 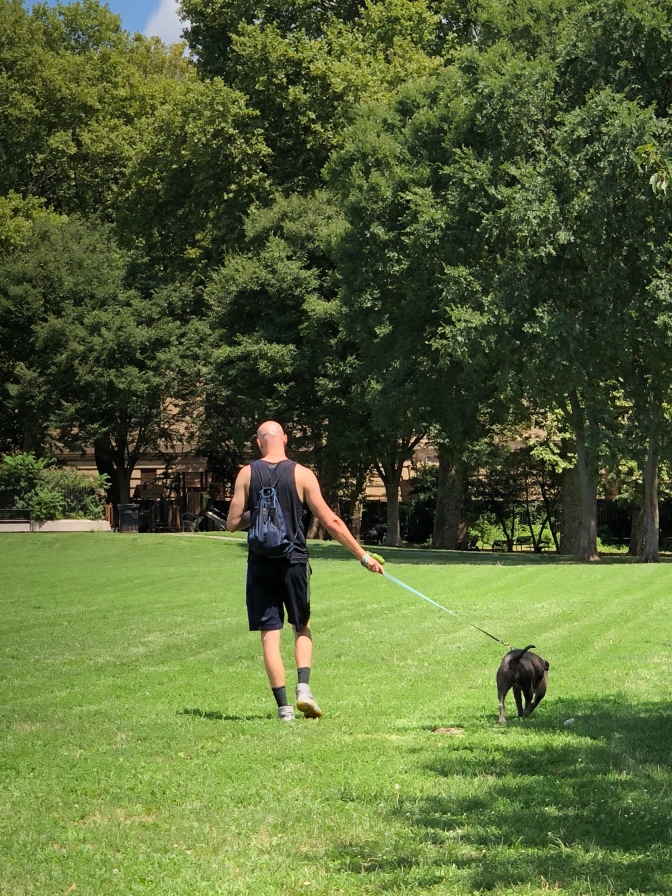 Highlight number one is the river and bridge views from the Park’s edge. 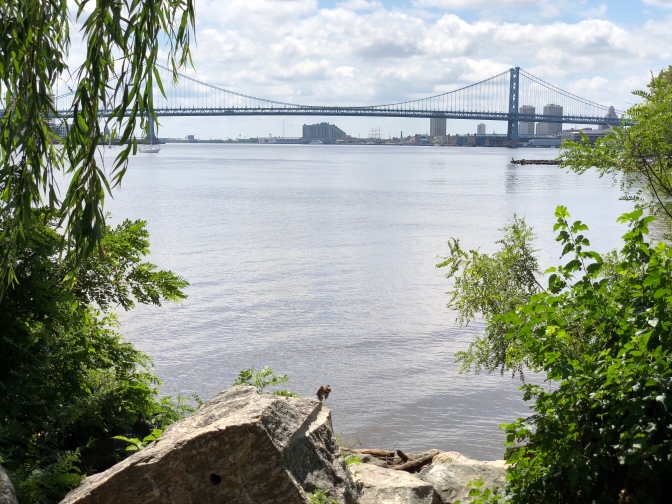 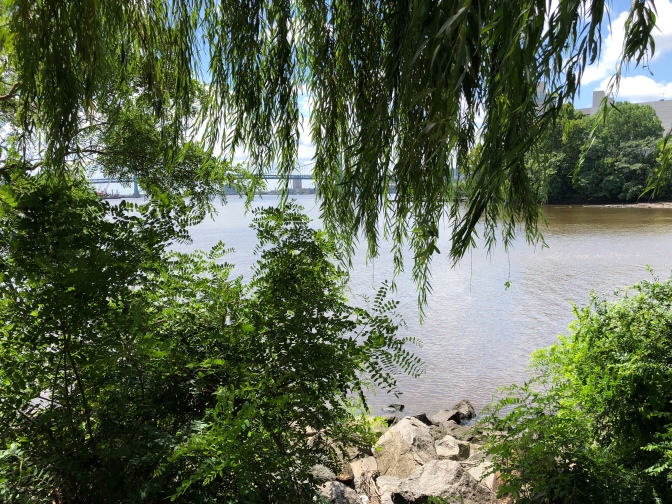 Highlight number two is for fans of urban ruins. On the other side of the fence is an abandoned Philadelphia Electric Company building. If I’m remembering correctly, in the novel The Corrections a character opens a restaurant here, which I still think would be a great, though hugely expensive, idea. Any Jonathan Franzen fans, feel free to confirm or not in the comments. 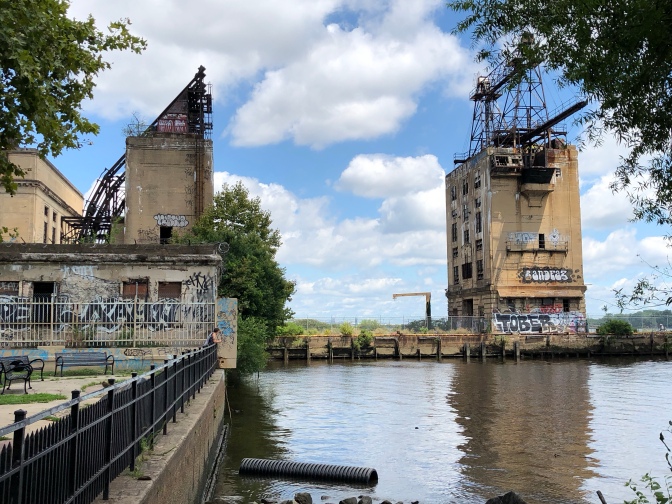 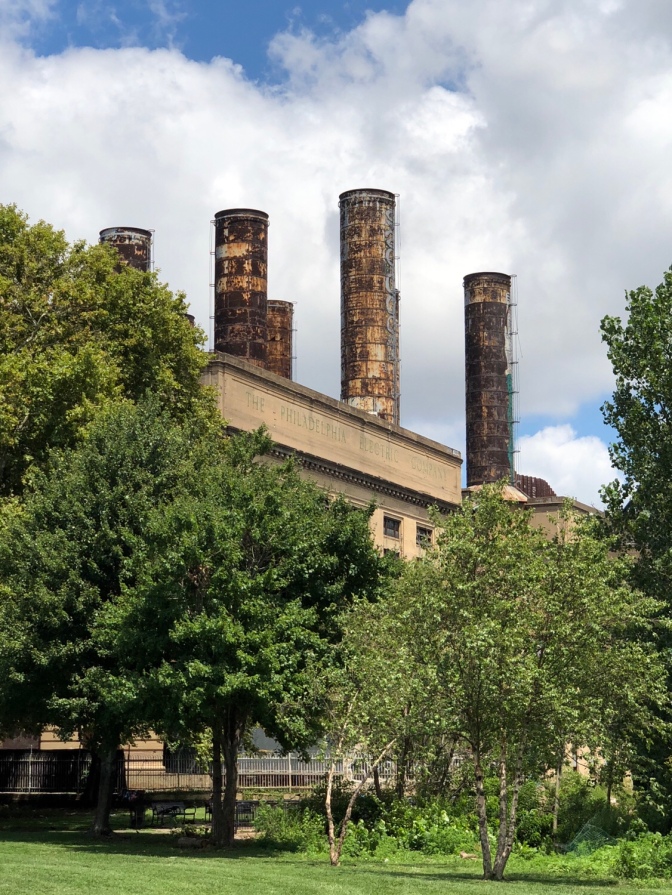 One thought on “Fishtown’s Historic Park”