Open only during summer months, Spruce Street Harbor Park at Spruce St. and Delaware Ave., has been a huge success for the city. Such a success I usually avoid it on weekends because it is so packed. But a Friday off from work was a perfect time to go.

The park is centered around a huge obelisk erected in 1992 to commemorate the 500th anniversary of the Columbus voyage.

Now that it’s more widely acknowledged Columbus was a genocidal monster, something like this would probably not go up. But no one pays any attention to it.

The park has hammocks and chairs throughout. 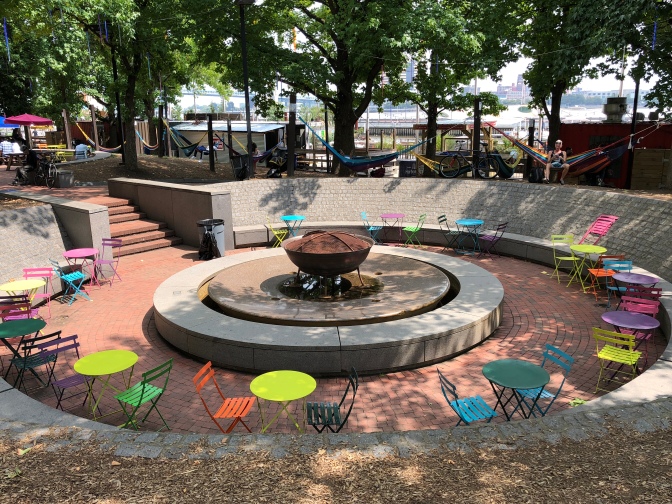 There are games for kids and adults.

This couple seemed amazed at their Jenga success. I didn’t see the inevitable collapse. 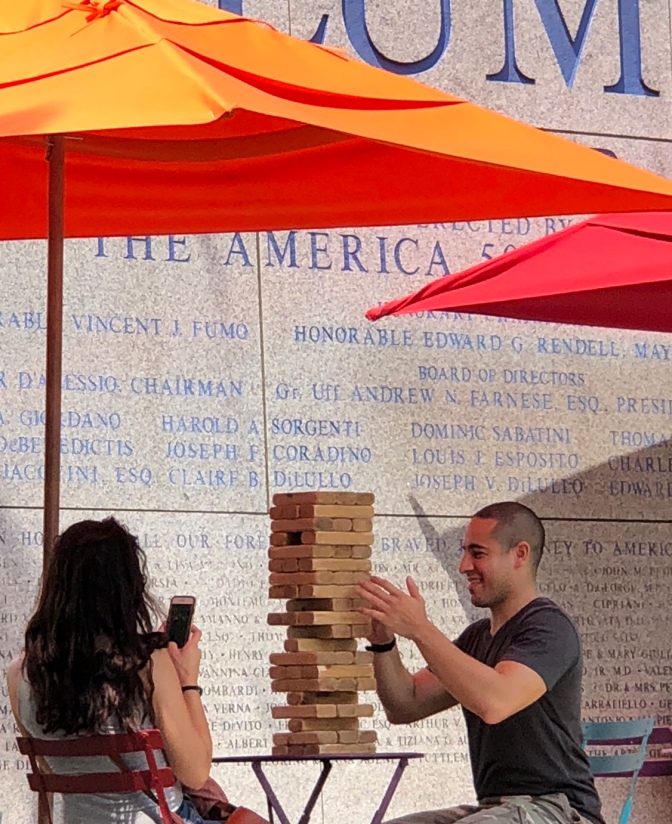 There is a boardwalk lined with shipping containers turned into restaurant outlets. 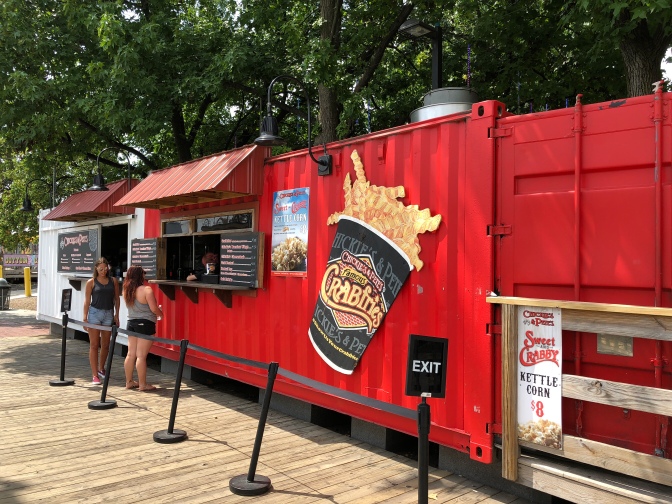 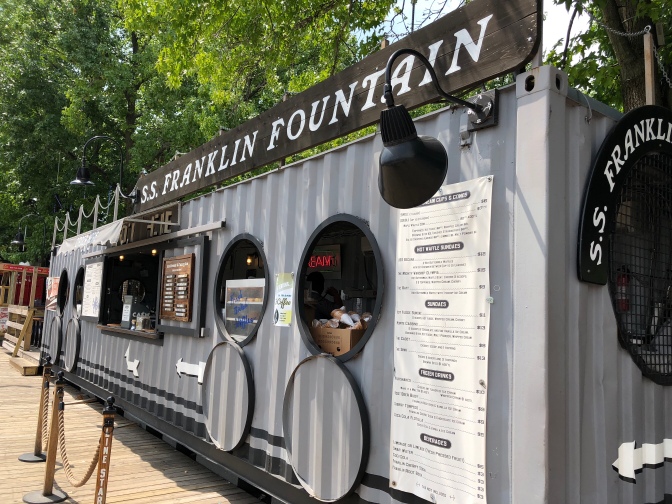 I got a Village Burger and Franklin Fountain blueberry ice cream.

Open until September 30, the park is a relaxing place to hang out if you can avoid the crowds.

Lifetime Philadelphian living in Old City and working in publishing. Contact me at davidmyers136@gmail.com. View all posts by David Myers