Elfreth’s Alley is the oldest continually occupied street in America, dating to 1728. It is also probably one of the most photographed, including by me. Here’s a shot I took in May. 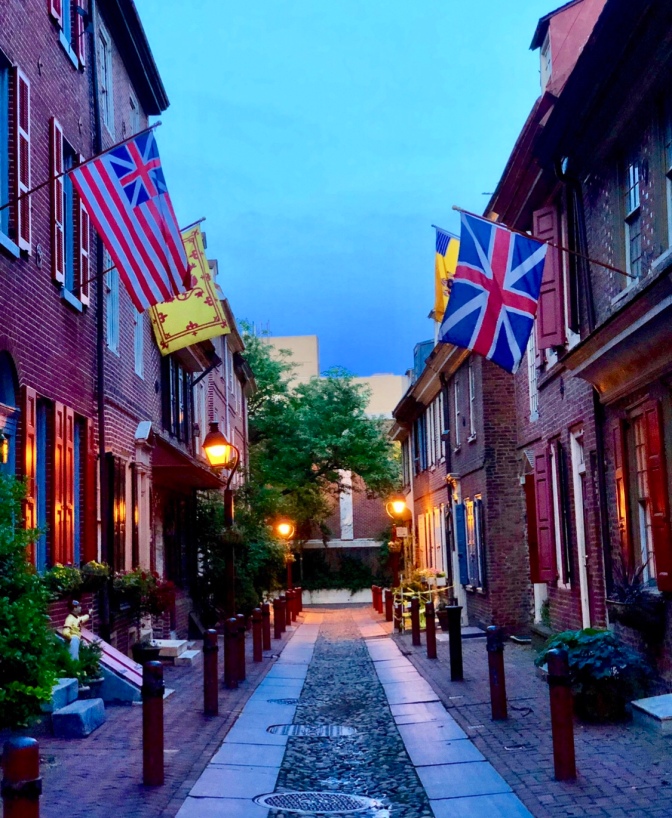 Twice a year some residents open their homes as part of fete day fund raisers for the Elfreth’s Alley Association, but visits are limited to the first floors.

For a few days in October, Design Philadelphia has taken over an unoccupied house owned by the Association and turned it into a designer show house. The first and second floors are decorated. The third and the kitchen basement are closed, but it gives a great idea of what it would be like to live in one of these houses now. You’d have to be a fan of tight spaces.

The front door opens into the living room, which has a small room behind it and leads out to the courtyard. 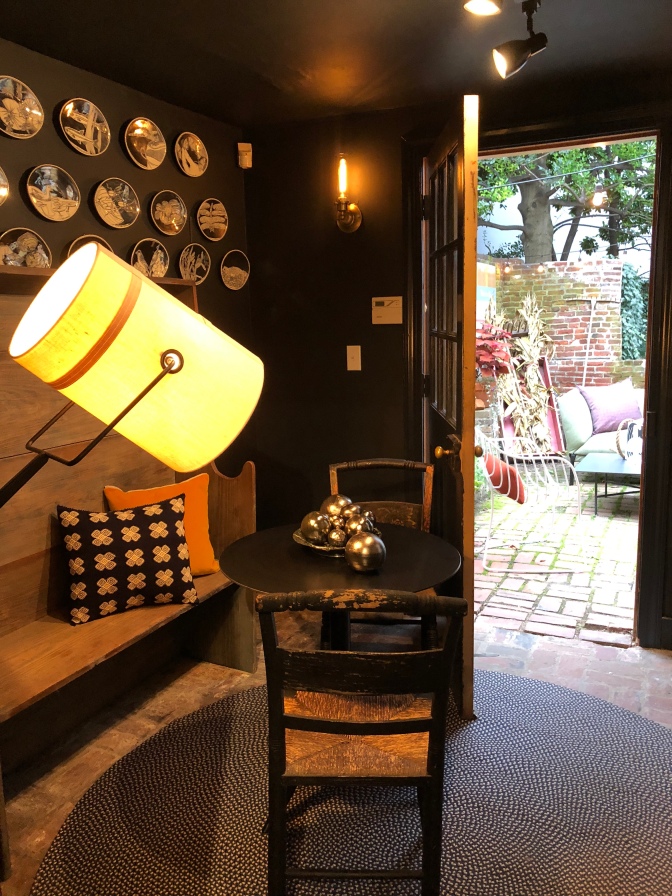 A door in the living room opens to a narrow staircase. 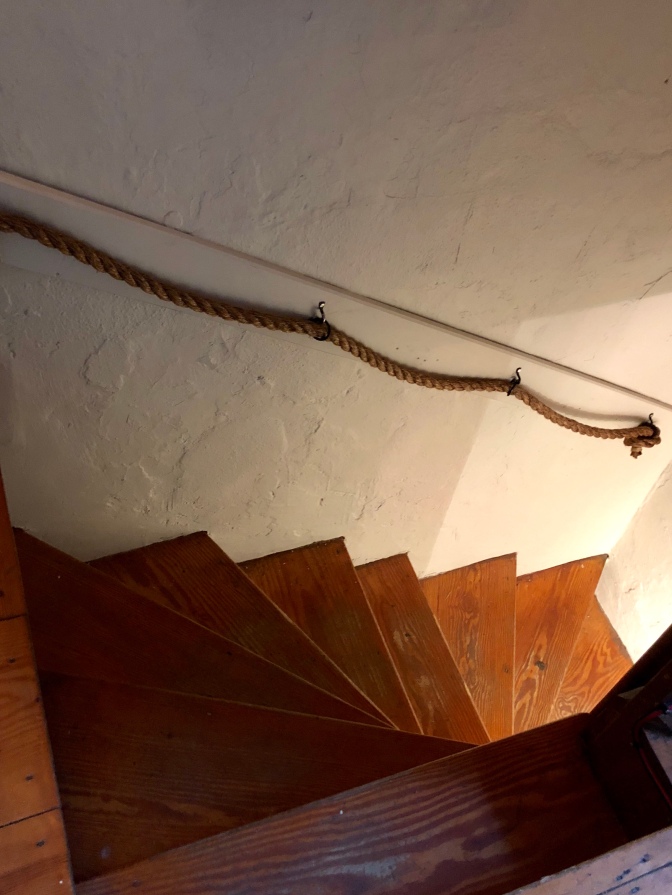 The top of the stairs is a landing with a small bathroom.

The bedroom is big enough for a bed and not much else.

The door on the landing leads to the third floor, which if occupied could be a second bedroom, den or office.

As much as I like the look of these houses from the outside, every time I get a peek inside I’m reminded that some historic living is more appealing in theory than practice.