Once the subject of a hit song about how it’s “the hippest street in town”, South Street is in a long period of decline.

The west corner of Third has been the home of two defunct businesses for the better part of the decade.

While the line for Jim’s Steaks is still around the corner, which I cannot explain, “for rent signs” are common. There’s the occasional “coming soon” offering probably false hope.

As if giving in to the transient nature of the street, there’s now a store called Pop Up Store at the corner of Leithgow housing several small businesses.

Glitzier, but just as temporary, is a Dietz & Watson pop up on the corner of Fifth selling their meats and cheeses and branded merchandise through July.

At the other end of the economic spectrum is the anarchist bookstore Wooden Shoe at the corner of Seventh. (Used to be on Fifth off of South Street.) 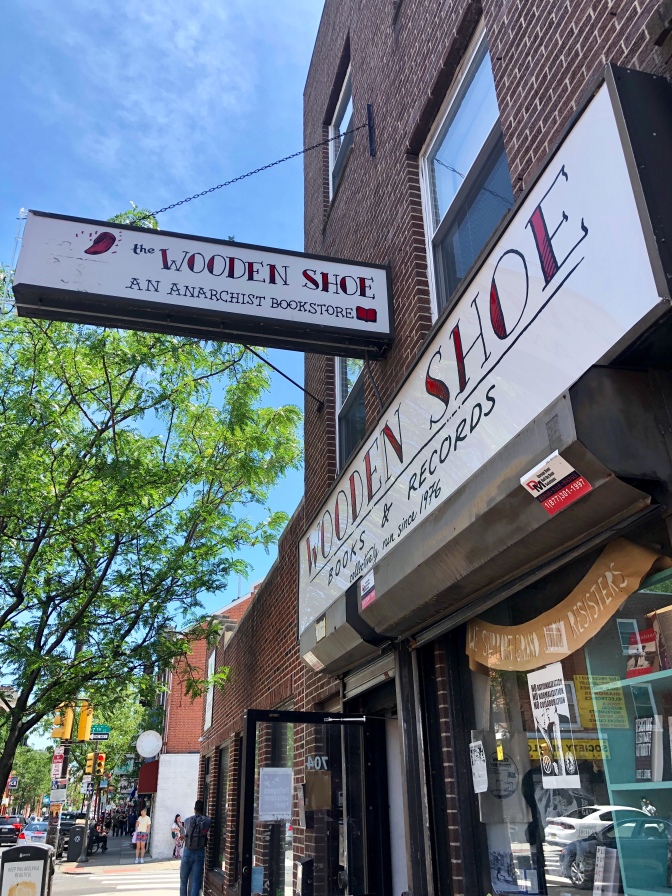 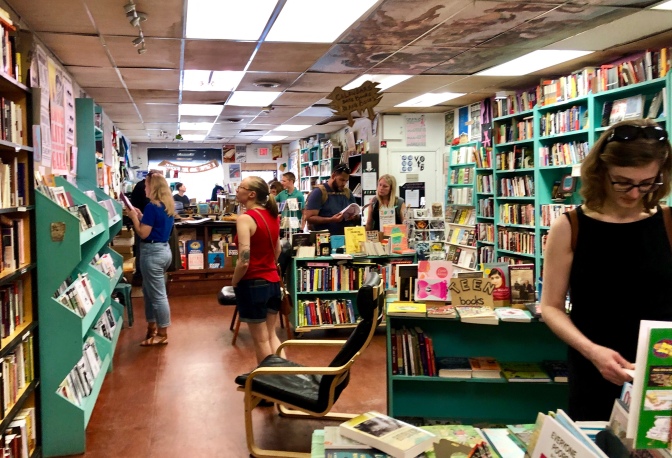 Maybe they have the right idea, because capitalism is no longer working for South Street.

Lifetime Philadelphian living in Old City and working in publishing. View all posts by David Myers