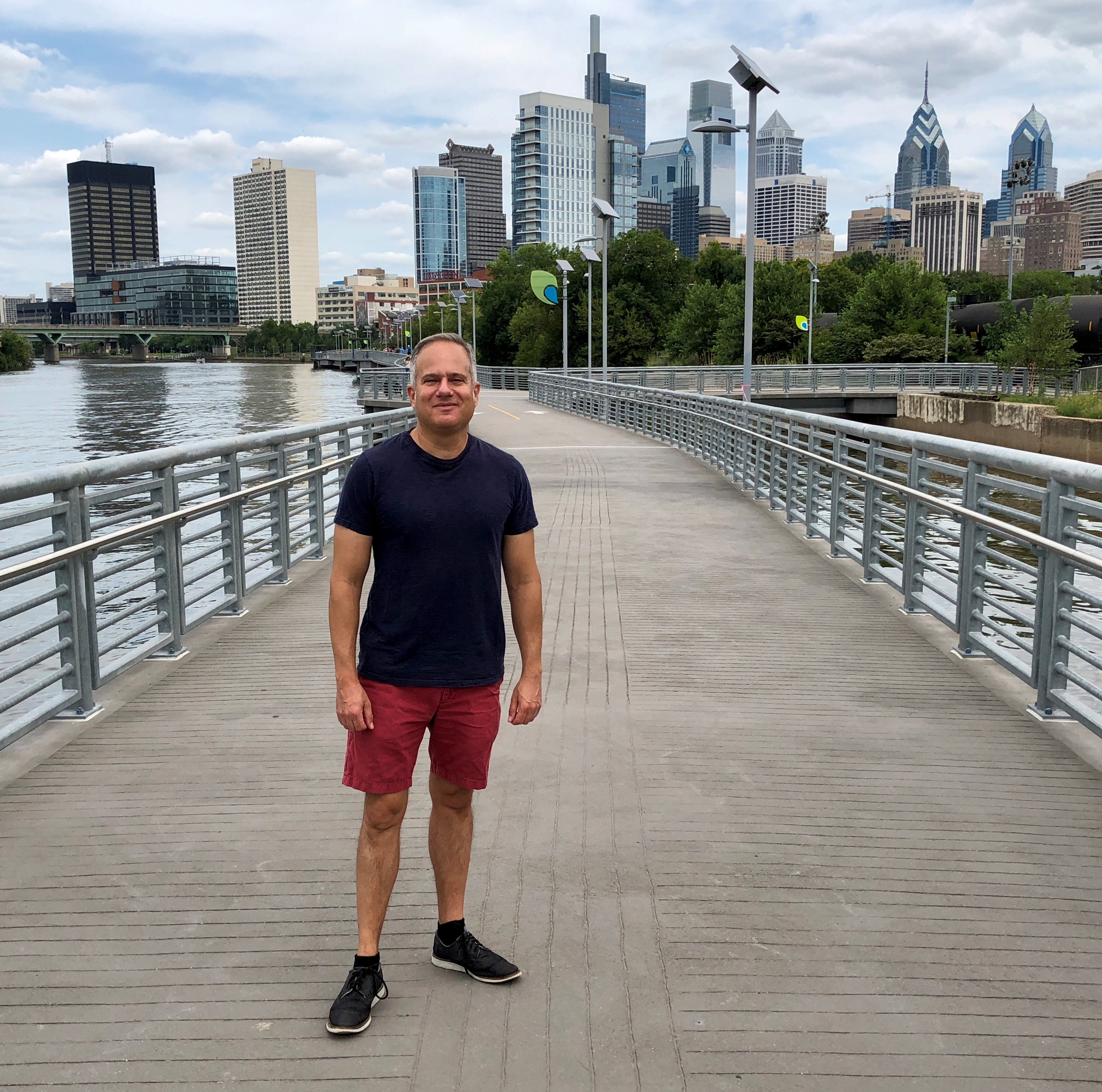 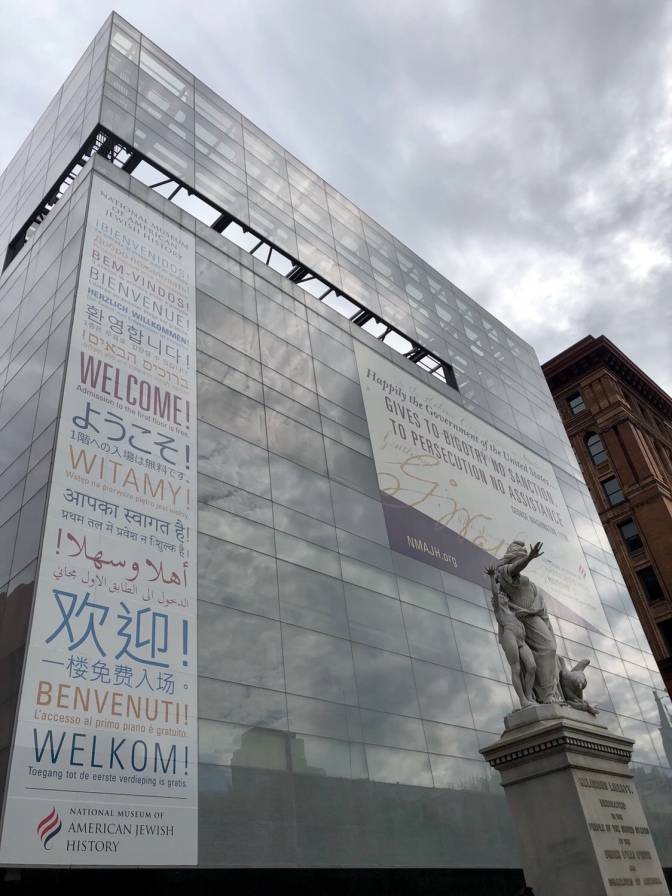 After entering, guests are sent to the top floor. Exhibits are in chronological order, with each floor dedicated to a different period. 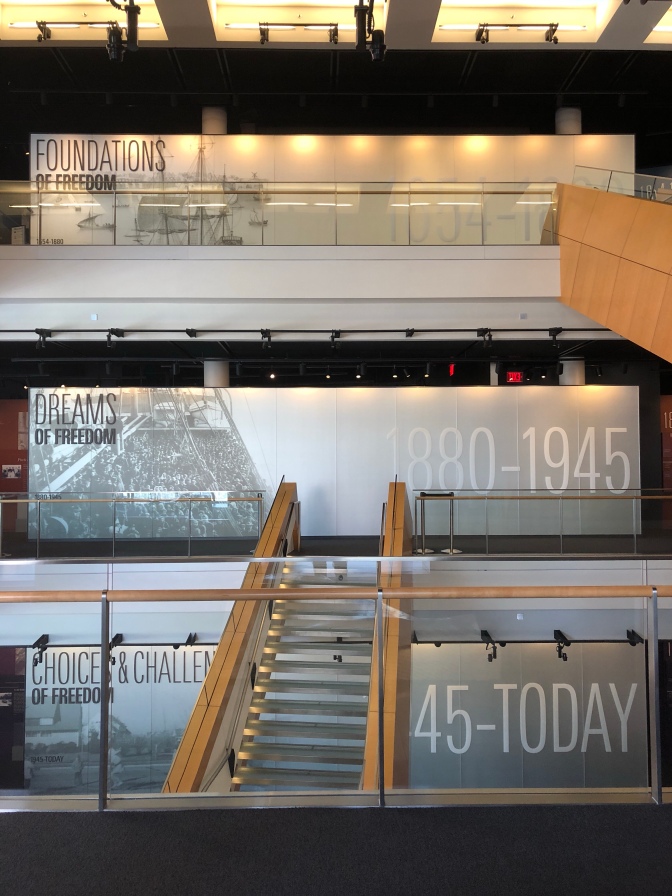 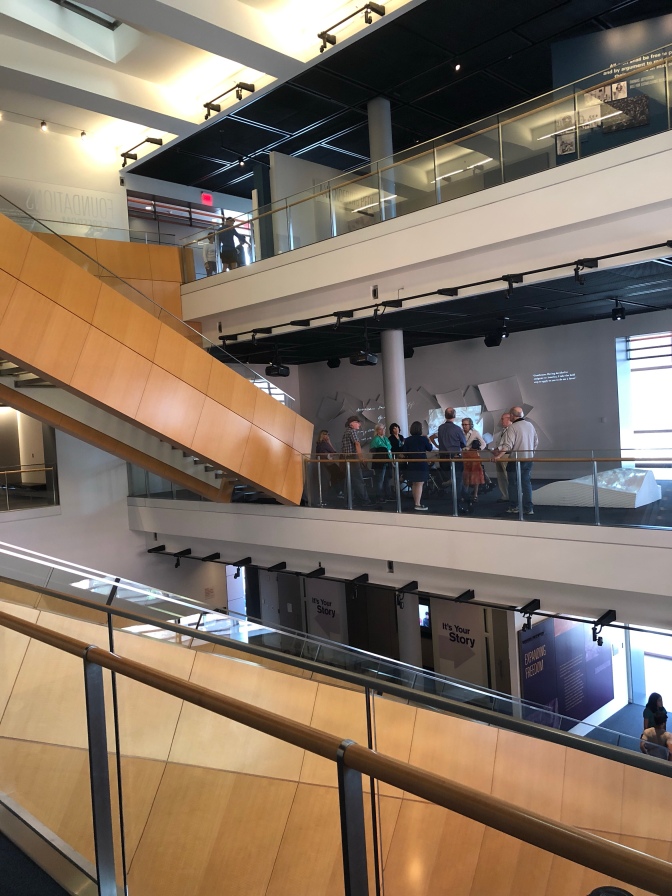 The top floor exhibit includes a famous letter from George Washington, where he states:

…the Government of the United States, which gives to bigotry no sanction, to persecution no assistance, requires only that they who live under its protection should demean themselves as good citizens in giving it on all occasions their effectual support. 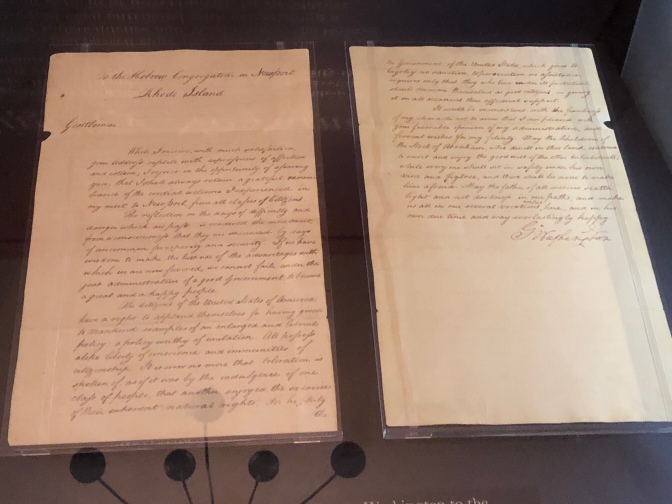 Like most contemporary museums, exhibits are a mix of artifacts, texts, recreations, and video displays. There is room dedicated to the expansion of America where a movie is projected on a giant flat surface. 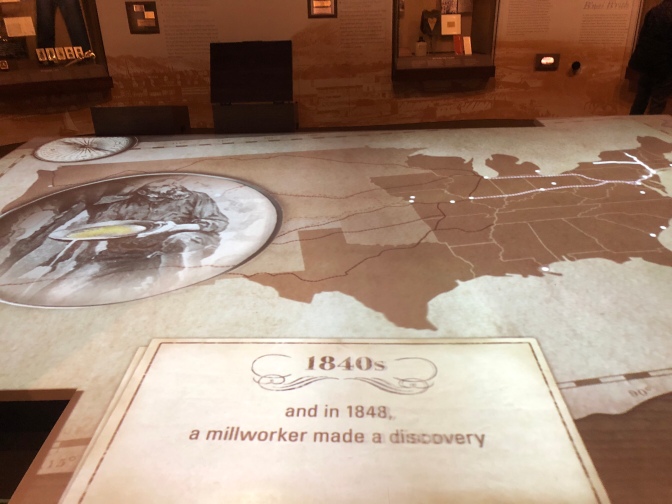 Below are a few shots. I spent a bit over two hours making my way through the centuries. 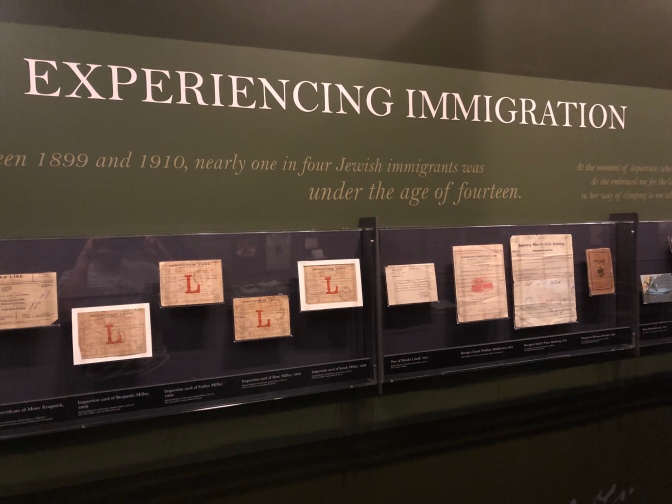 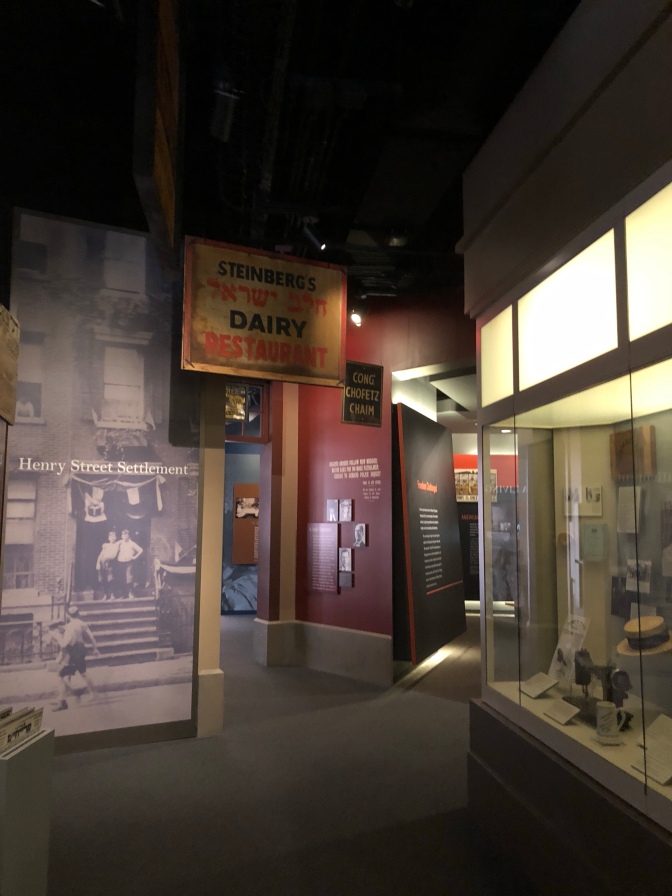 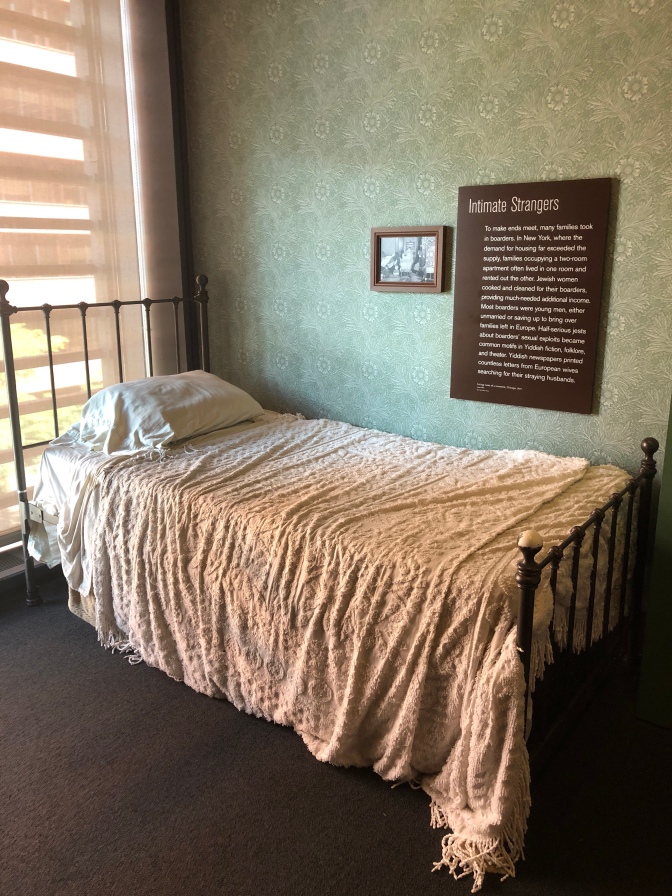 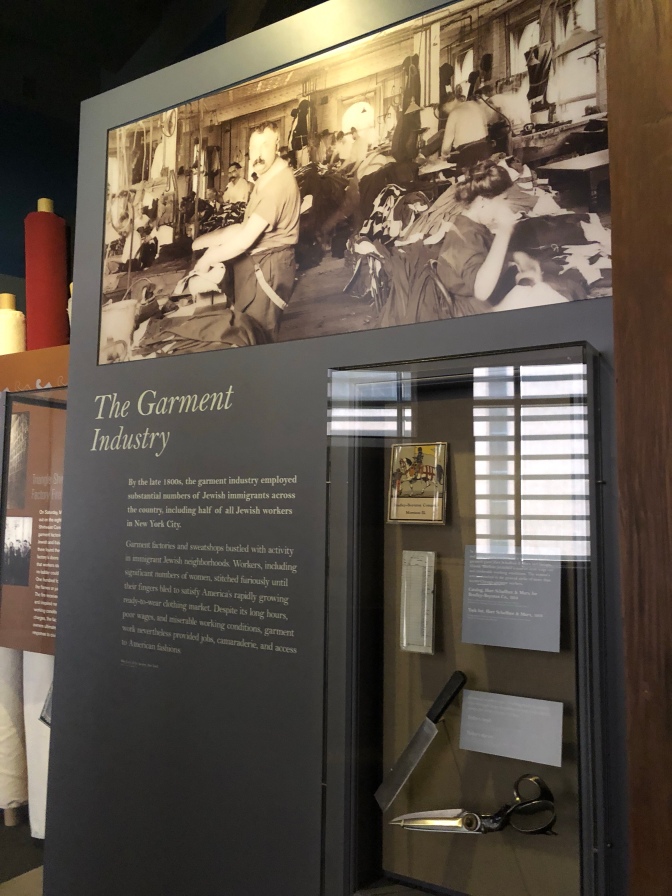 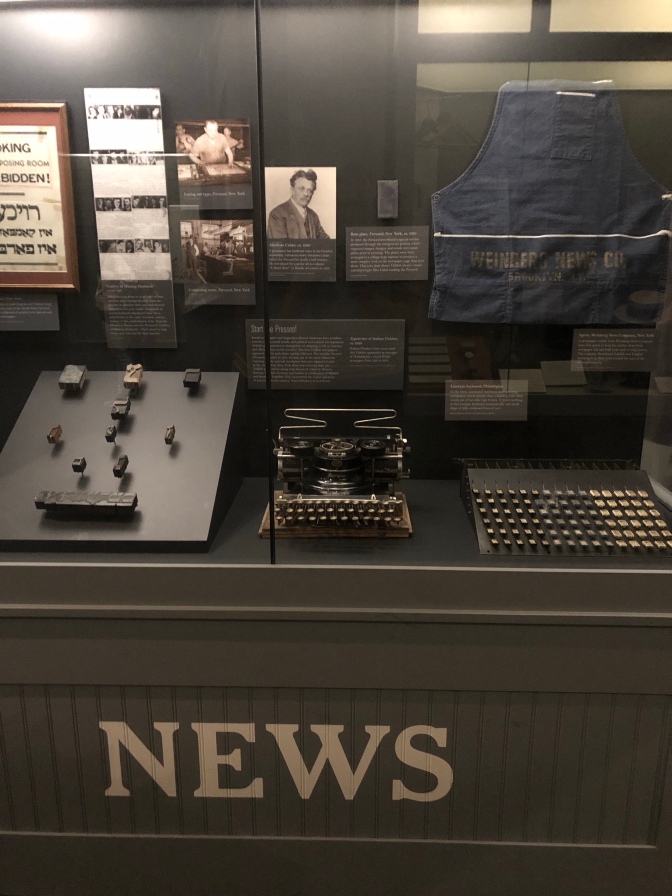 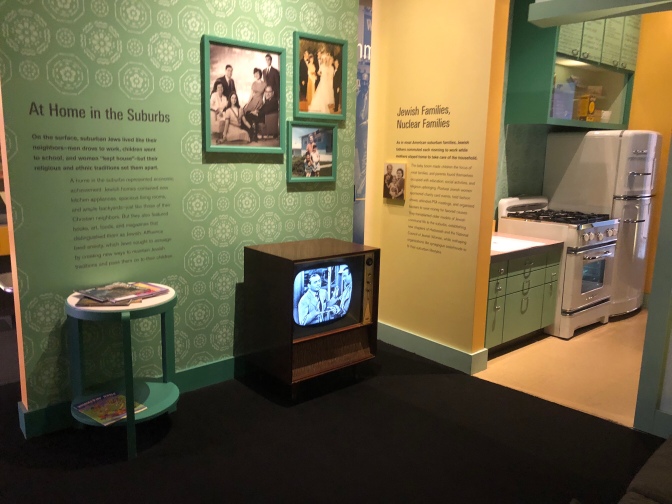