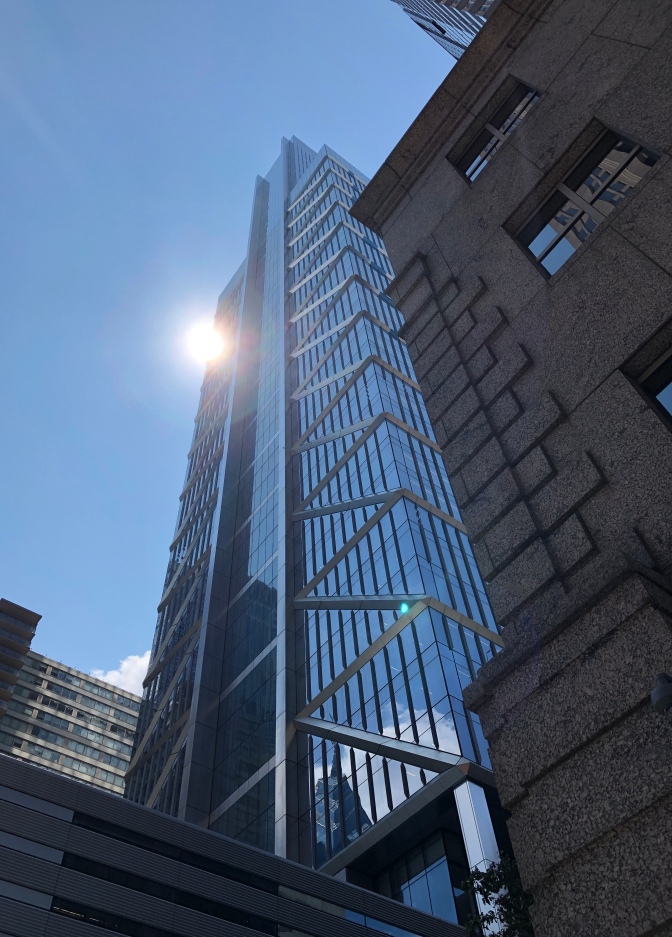 It’s a much more interesting looking building than the original, nearby Comcast Center. A picture for comparison.

The 2 story lobby is open to the public and has indoor trees. 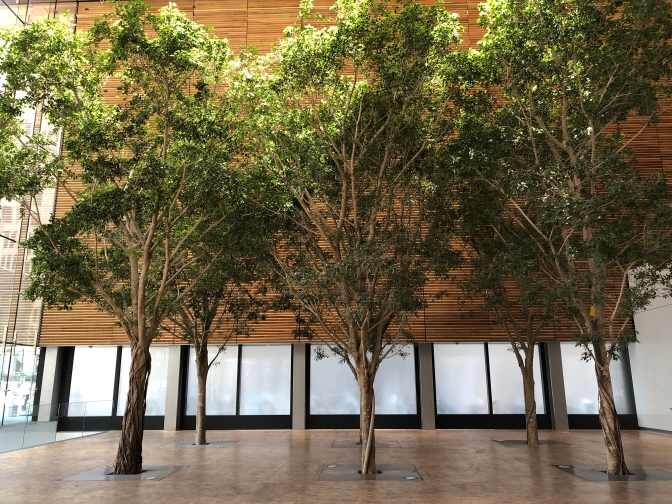 Upstairs is the highlight, The Universal Sphere, essentially a theme park attraction. 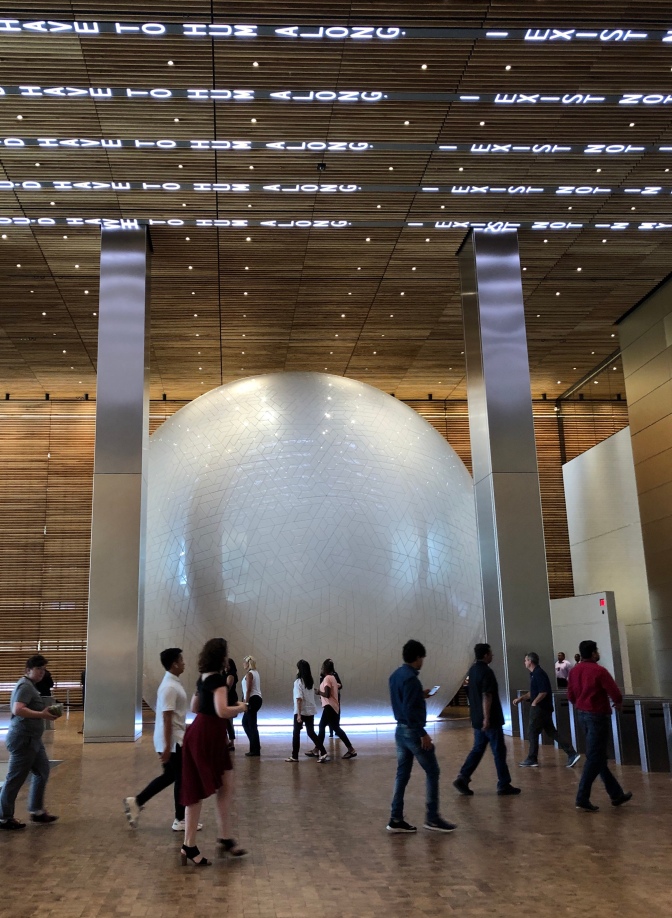 I didn’t see any posted instructions about how to get tickets, so I did a Google search and found the site to order a free timed ticket.

While I waited, I went to the other second floor attraction, the sleek Vernick Coffee Bar.

I ordered a small sandwich and iced tea latte, which somehow cost $20. I’m used to giving Comcast large amounts of money, but that seemed excessive. Maybe if I haggled with them as I periodically do over my cable and internet bill, they would have given me half a sandwich for 20% off.

Finally it was time to enter The Sphere.

The show is a 7 minute DreamWorks Animation produced, Peter Coyote narrated movie on the power of ideas. Visually impressive, but contextually vapid. At the end, they project a still of the audience watching the movie. That means somewhere in the Universal archives there is now a picture of me making my “what a load of crap” face. However, the little girls in the photo above pronounced it “awesome” and “amazing.”